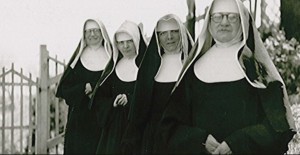 In 1912, four devout women of the Pallottine Missionary Sisters, inspired by founder St. Vincent Pallotti’s motto, “The Love of Christ Impels Us,” left the comforts of their home and family in Bremerhaven, Germany for a life dedicated to serving those in need in rural West Virginia. They booked passage on the Titanic. As the trip neared, one of the Sister’s travel documents was not in order, forcing all of them to delay their trip. The ill-fated Titanic sailed into history without   them.

Upon arrival in America, the young Sisters were to travel to Stella Niagara, New York, where they were to study the English language under the tutelage of the Sisters of St. Francis. Minutes before boarding their train, the Sisters received an urgent telegram from the Mother Superior of the Franciscans, asking them to delay their journey until she could join them. The train departed without the Sisters and tragically crashed, killing many of its passengers. 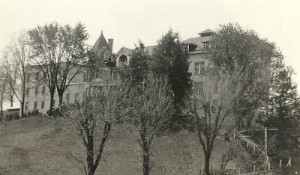 After a tumultuous beginning, the twice fortunate Sisters eventually arrived at their desired destination in Richwood, West Virginia on August 12, 1912.  In 1921, intent on establishing another hospital, the Sisters migrated to Buckhannon, where they purchased a private residence. This converted home became an eight-bed hospital facility named St. Joseph’s Hospital. 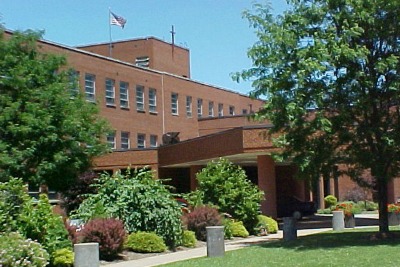 In 2015, St. Joseph’s Hospital was purchased by the West Virginia United Health System and the Pallottine Foundation of Buckhannon, West Virginia was established. The establishment of Foundation allows the Sisters to continue to advance the charism of the Pallottine Missionary Sisters and to empower the laity to carry on the mission and work of Jesus Christ in his healing ministry in the geographic region served by St. Joseph’s Hospital of Buckhannon, specifically the counties of Barbour, Lewis, Randolph, Upshur, and Webster.